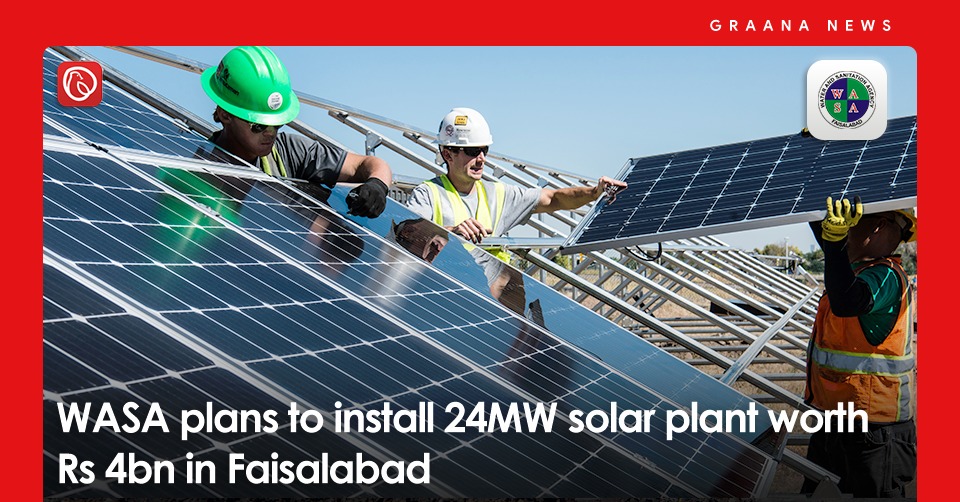 FAISALABAD: The Water And Sanitation Agency (WASA) of Faisalabad has approved the installation of a 24 MW solar plant at a cost of Rs 4 billion in Chakira on Narrwala Road in an attempt to address energy woes and solve WASA’s financial problems.

WASA Vice Chairman Sheikh Shahid Javed stated that a full scale operation is conducted to free WASA lands from illegal settlers and the results are promising. The newly relinquished lands will be used for uplift projects like improved water supply and sewerage systems.

WASA Managing Director Jabbar Anwar Chaudhry further stated that a feasibility plan of a 24 MW solar plant was prepared to be included in the CPEC priority projects list. PC-1 was sent to the relevant authorities and the final decision was pending to be approved by the Punjab government. He further said that the solar project would save Rs90 to 100 million monthly electricity expenses which would be redirected to improve the services of WASA.