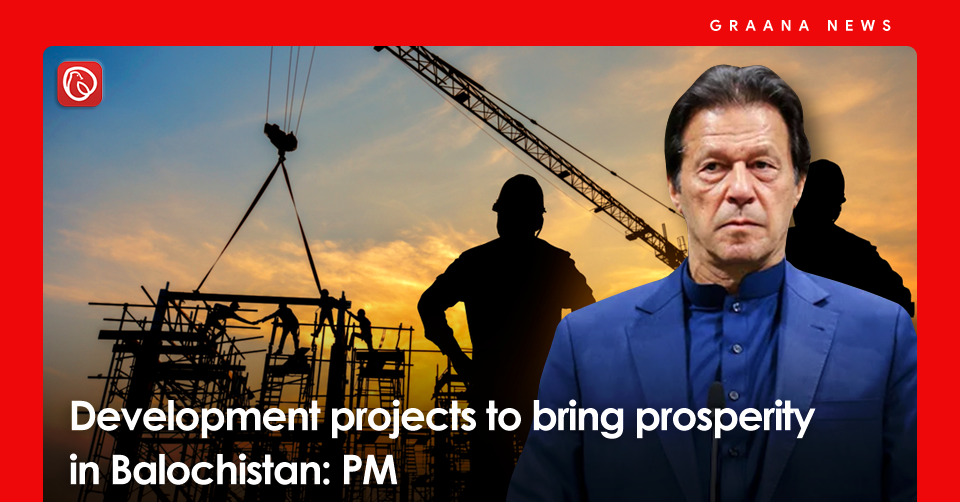 QUETTA: Prime Minister (PM) Imran Khan while on his visit to Quetta on Wednesday said that the development work in Balochistan will bring prosperity and uplift the people of the region.

While laying the foundation stone of three roads under the National Highway Authority (NHA), the PM was of the view that uplift of Balochistan is the top priority of the government and it will take every step to address the issues of locals.

Speaking on the occasion, the PM also said that the government has completed a road network of 3,300km within two and a half years while the areas adjacent to western routes of the China Pakistan Economic Corridor (CPEC) will also be developed.

He also said that a health insurance scheme similar to Khyber Pakhtunkhwa is also on cards for Balochistan.