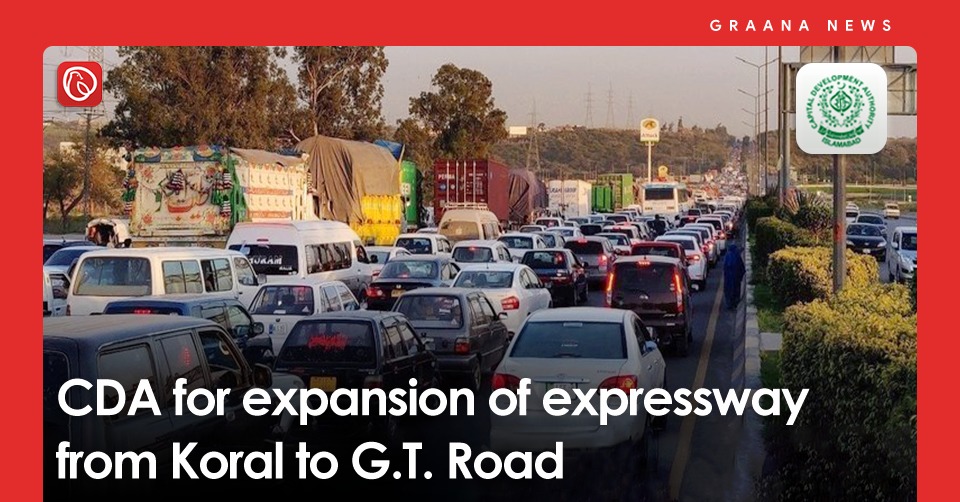 ISLAMABAD: The Capital Development Authority (CDA) is all up for expanding Islamabad Expressway from Koral to G.T. Road.

Earlier in a meeting, the CDA had set aside Rs2bn for the development work on Islamabad Expressway and had asked the federal government for more finances.

As per the media reports, the civic authority has asked the federal government for the financial assistance of Rs500mn for the expansion of the road.

While speaking to the media, the Chairman CDA was of the view that the development work after its completion will resolve the traffic issues of daily commuters.