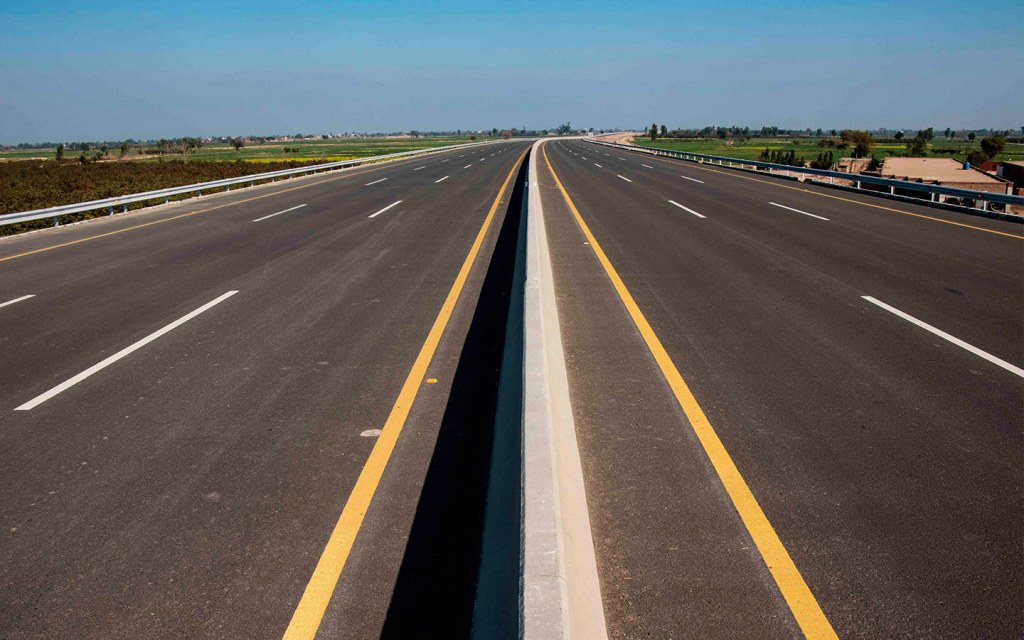 Over the past three years, the incumbent government of Pakistan has launched various infrastructural and development projects across the country. The provincial governments are also doing their best to compete with each other to facilitate their population better than the other. The federal government has promised and launched mega development projects in Sindh that will bring major changes and prosperity to the province. Let’s explore the details of the billions of rupees worth development package for Sindh.

Sindh is the second largest province in the country in terms of population and has numerous natural resources. Although natural gas was first found in Balochistan, today Sindh is the biggest supplier of this natural resource in the country and yet most of its areas have been neglected from the provision of this basic facility. Gas and electricity are still not very common commodities in the province. One of the reasons for the scarcity of electricity in the province is the lack of a wide and extensive network of transformers through which it can be made available to all the districts.

In order to develop the province and enable it to compete with other provinces in terms of facilities and opportunities, developments worth billions of rupees need to be started. These funds, too huge for the provincial government alone, are difficult to be allocated which is why the federal government has stepped in to start development projects in Sindh. These projects will not only uplift the province and make it more facilitated for the public but also make Sindh better able to add to the economic development of the country.

The province, having the second largest population, is still far behind Punjab in terms of development and facilities. The launch of these mega-development projects in Sindh will ensure that the gap is covered to some extent. Let’s check out the areas in which people will benefit from these developments.

Let’s check in detail how PKR 446 billion worth of development projects in Sindh will benefit its citizens.

There are mainly three modes of travelling in Pakistan used by people; by road, by air and by train. The government through CPEC has improved its road network all across Punjab by constructing motorways from Lahore to Abdul Hakeem (M-3) and Multan to Sukkur (M-5) that are operational and used for long-distance travelling.

To travel between Sukkur and Hyderabad, people still use the National Highway, which is a lengthy route. The federal government has announced the development package for the construction of the Sukkur to Hyderabad (M-6) motorway as part of the mega development projects for Sindh. This will not only reduce the travel time but also create additional jobs for the people of Sindh to earn a better livelihood.

Another preferred and low-cost travelling mode in Pakistan is railways. The railway tracks in the country connect all four provinces through different routes out of which the most popular one is Peshawar to Karachi which is 1,687 kilometres in length. The development package also includes the improvement of different train stations and upgrading junctions including Rohri and Hyderabad which are also the biggest train stations in the province.

Water is an everyday need which is not only consumed by humans but also used for irrigation and other purposes. The Indus River is the biggest source of water that flows in the province but there are still water issues present in Sindh. The federal government has decided to build the Nai Gaj dam using its own funds through which 28,800 acres of land will be provided water. Previously, the construction of the dam was stopped due to the lack of available funds but the government has once again assured the people of Sindh about its construction that will be resumed soon.

As mentioned earlier, Sindh is now the biggest supplier of natural gas in the country but there are many districts in the province that lack this facility. While stressing on the significance of natural gas reserves in Sindh, Federal Minister for Planning and Special Initiatives Asad Umar pointed out gas pipelines are also an integral part of the package.

The entire country has been through the electricity load shedding era but that has been resolved to a great extent even in the rural areas. However, there are many areas in Sindh province where load shedding of electricity still continues and one of the many reasons behind this is the lack of an electricity delivery network in the province. Investment in building a province-wide delivery network and transformers is also included in the package for the people of Sindh. The total budget set aside for gas and electricity projects is PKR 52 billion which will be used in the next two years to deliver the promised projects.

Prime Minister Imran Khan believes that it is important to provide the youth with opportunities to develop digital skills through which they can add to their monthly household income. Using these skills, individuals can find work online and earn a steady income while working from home. For those individuals who have viable business plans but lack funds, Prime Minister’s Kamyab Jawan Program allows them to apply for easy and interest-free loans so that they can become a successful entrepreneur of tomorrow.

The prime minister’s vision to equip the young generation with digital skills has been widened. The development package also includes teaching the youth of Sindh Province digital skills which they can utilize to better their monthly household income. The prime minister realizes that the youth of today, if equipped with modern skills, can fight against all the hardships of life.

Sports activities are important for every child since some may grow up to become professional sportsmen while others may indulge themselves in physical activities to remain fit and healthy. Availability of proper sports facilities plays an important part in helping kids to learn how to channel their energy to achieve their goal – a lesson for every field of life.

Sports facilities will be built across the province through which more than 130,000 children and youngsters will benefit. As per an estimate, more than 35,000 women will also be able to use these facilities and benefit from them.

The Federal Minister for Planning and Special Initiatives also promised the people of Sindh to establish NADRA centres in every district of the province so that people can easily avail the services of the department. Earlier in April 2021, the federal minister during one of his speeches also said that the establishment of 30 new NADRA offices will cater to a population of 50 lac people in the province.

Fast-speed internet was once a commodity but it wouldn’t be wrong to say that it has become a necessity now. It’s been years since the launch of 3G and 4G in the country and most parts of Pakistan are already availing these services. However, a lot of remote areas are yet to benefit from this technology. Among these are also the areas of Sindh and it is essential for the province to have these services now since the mega-development package also includes teaching digital skills to youth.

In some districts of the province, fast-speed internet services have already been launched. Contract with a private telecommunication firm has already been signed for the provision of high-speed mobile broadband services in districts including Jacobabad, Kandhkot and Shikarpur. Upon the completion of this project, about 17.7 million people of Sindh in different districts will be able to use these services.

These are the mega-development projects planned for Sindh Province which will be completed in the next few years. Some of these will be completed earlier and people will be able to use facilities as enjoyed by the rest of the country.

For more development projects launched by the government, head over to Zameen Blog. You can also read about Mega Development Projects in Lahore and don’t forget to follow us on Facebook for regular updates in the real estate market of Pakistan.