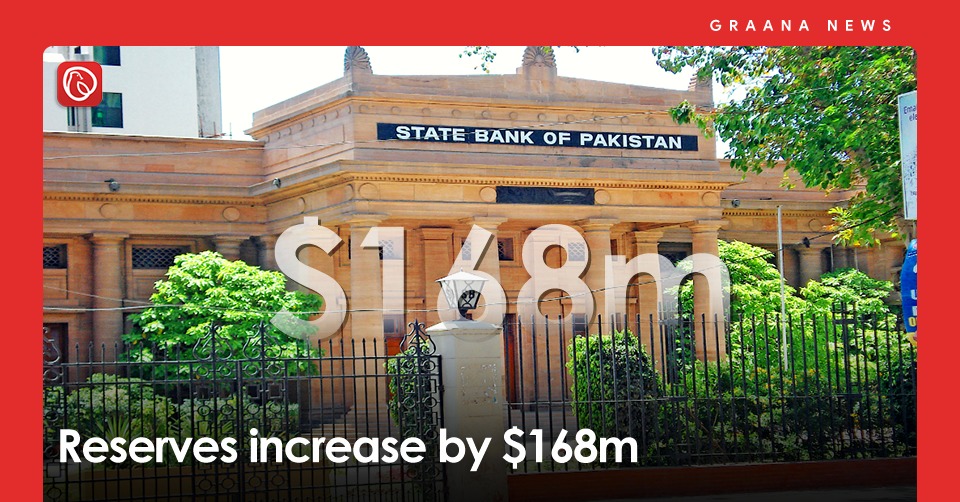 KARACHI: The State Bank of Pakistan (SBP) on Monday reported that Pakistan’s overall foreign exchange reserves soared by $168 million during the week which ended on May 7, 2021.

According to reports, the increase in reserves is due to the higher inflow of money in the SBP. Meanwhile, the Forex holdings of commercial banks have declined by  $9 million to $7.135 million during the week.

As per SBP, the reserves surged by $177 million to $15.774 billion due to Pakistan’s official inflows.