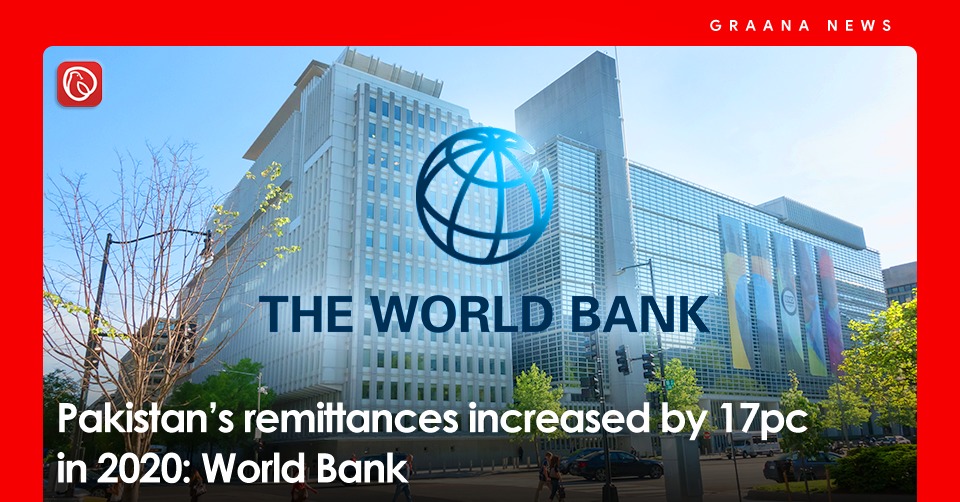 LAHORE: Remittances to Pakistan increased by 17 percent with the greatest inflow from Saudi Arabia, followed by the gulf countries and European countries.

As per the Migration and Development Brief published by the World Bank, the remittances to Pakistan were more than the average of 5.2 percent inflows to other South Asian countries.

According to various financial institutions including the World Bank, remittances were expected to decrease along with shrinking of the foreign exchange funds of the country due to the on-going COVID-19 pandemic.

However, the growth in remittances is attributed to limited international travel, FATF- related restrictions and various incentives given to overseas Pakistanis by the State Bank of Pakistan (SBP). Roshan Digital Accounts, which surpassed the $1 billion mark, has also aided to attract more overseas investments and inflows.