After constructing the sump, the next step is to start the excavation for the foundation. Before starting the foundation of your house, you must have decided the construction system that you want to adopt.
There are two methods of constructing houses, the load-bearing-wall system and the column-beam-frame structure system. Both these systems have been explained here with advantages and disadvantages:

Load-bearing wall structure: is one of the earliest forms of construction. Raising the house, wall over wall and floor over floor, has been the most common method all over the world. In this system, the load is supported and transferred to the foundation through the masonry walls and there are no concrete structural elements, like columns or beams to support the load. Therefore, the walls must be strong enough for the purpose and are usually 9 inches or more in thickness. 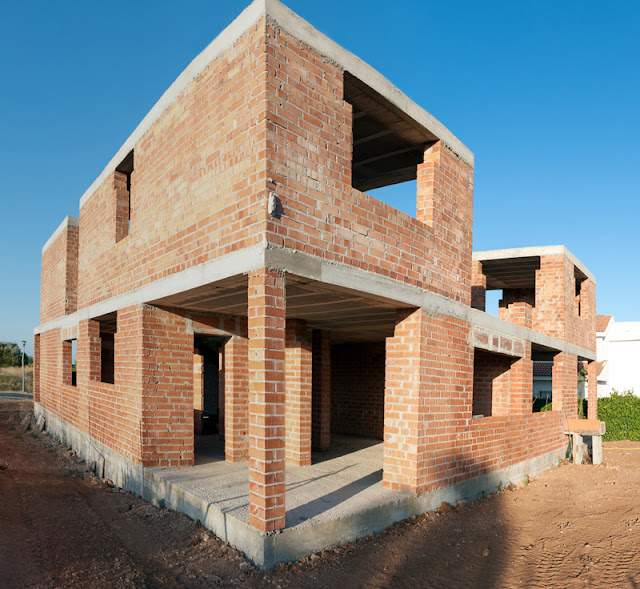 Frame structure: also known as column-beam structure has a combination of beams and columns to  support and transfer the load. The roof load rests on the beams, the beams transfer the  load to the columns, which in turn transfer the load to the foundation. In this system, the masonry walls are not subjected to any load and so, the interior layout is flexible and can be changed any time. The walls can be thinner too, thus increasing the carpet area. Frame structures are preferable to load bearing wall structure in the construction of large and multi-storey buildings. 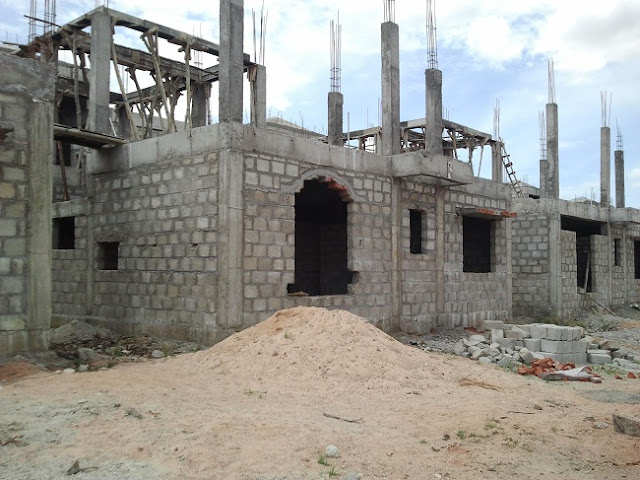 Both the systems have their respective advantages and drawbacks, hence require a judicious approach in deciding which system to go for. A simple criterion in making a decision is to consider the location of the site. A frame structure is inevitable where the soil is very loose, ground is water logged, land is earthquake prone, masonry materials are difficult to get and light weight construction is desired.

But nowadays, irrespective of the site context we see most constructions including houses being done with columns and beams. Even though the construction costs have gone up, people want frame structures because they think, they are safer and stronger. But this is not entirely true. Some of the myths on this matter have been busted here.

Earthquake resistant: Most people think that having many columns is a surefire bet against earthquakes. For structural stability against earthquakes, column-beams are not enough, other elements such as corner stiffeners, diagonal bracing and horizontal ties must be incorporated after designing the structure. If such issues are not adequately addressed, a framed building is bound to crack or collapse as much as a walled building would in the event of a strong earthquake. 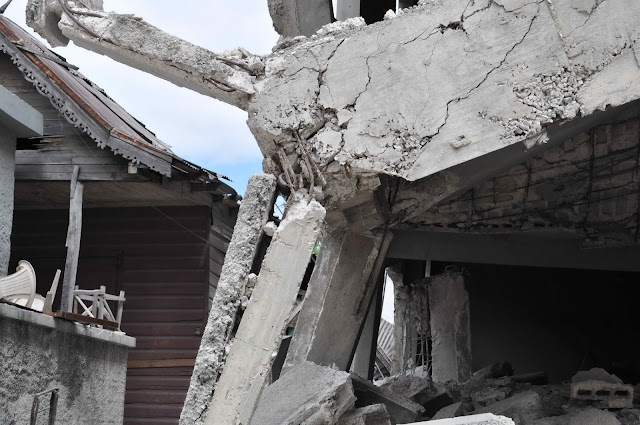 Cost reduction due to thinner walls: The additional costs of the concrete components nullify the masonry savings. Moreover thin walls allow sound and water seepage and hence need to be adequately water-proofed which adds to the cost. Additionally, walls and beams in framed buildings require perfect alignment and proper junction between the different materials, which means skilled work and hence more cost.

Speed of Construction: The speed of construction is a factor in multi-storey buildings but is inconsequential for houses, where time saved by erecting columns is negligible, considering the time consumed in finishing the entire house.

Can add more floors: Most houses do not exceed 3 floors and will not get permisssion for more floors. A three storey building can be built using load-bearing walls. But people erraneously believe or are made to believe by professionals and market forces that a column-beam structure is necessary for stability in buildings with more than one floor. 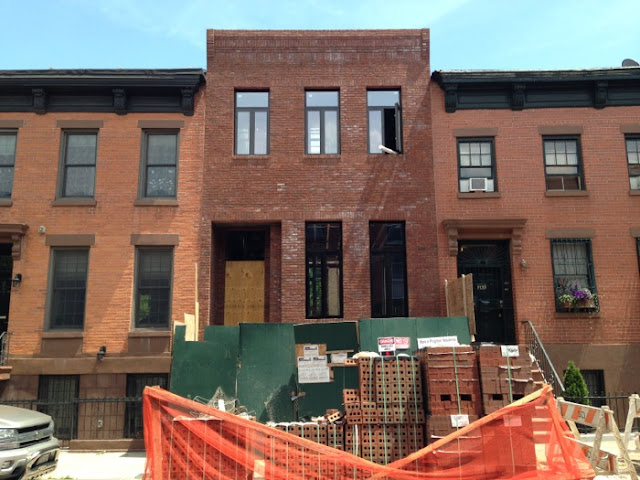 The truth of the matter is that RCC frames cost money and consume resources, energy and are not eco-friendly in comparison to masonry walls. So you must take a decision based on the 'ground-reality' before  the start of the construction.


Once you have decided the type of construction method that you want to adopt, then the next step is to build the foundation. The details are explained here:

To know more about the different stages involved in the construction of a house, go to:

RITUALS TO BE PERFORMED BEFORE START OF CONSTRUCTION

What 2020 Has Taught Us About Home Decor

How to Remodel Your Kitchen in 10 Steps

How Long Does It Take for Paint To Dry and Cure?

HOW TO GET STARTED WITH YOUR COMMERCIAL CONSTRUCTION PROJECT IN PAKISTAN

We believe that its very light version & Simple, Creative & Flexible Design with Standards

How to Remodel Your Kitchen in 10 Steps

How Long Does It Take for Paint To Dry and Cure?

Our support team available to help you 24/7 a day