IN THIS POST:
The Need & Impact of Industrialisation
Overview of AIIC
Latest Updates on AIIC

The Federal Government has recently initiated Allama Iqbal Industrial City (AIIC), Faisalabad, as part of the mega projects in Punjab, to uplift the current standards of commercialisation and industrialisation in the region. Let’s find out how this mega project will play a major role in transforming the everyday life of a common Pakistani by bringing a paradigmatic shift in how the industrial sector operates and generates revenues for Pakistan.

However, before we dive deeper into the details of this project, let’s first understand the need to revitalise and impact of industrialisation in Pakistan.

THE NEED AND IMPACT OF INDUSTRIALISATION IN PAKISTAN

As the industries in Pakistan started to evolve, the focus from production from hand was majorly shifted to machines; be it crops or clothes. Safe to say, the time-taking process of production by hand was largely simplified by the induction of machines and production multiplied over time at the same or even a lesser cost.

Even though there are several financial and commercial activities in Pakistan that contribute to the country’s economy and GDP, industries are, hands-down, among the most dominant contributors. This includes textile industries, leather industries, and other manufacturing industries. Now that you have a better understanding of the meaning of industrialisation in Pakistan, let’s pick from where we left off.

The question, however, remains, why is industrial development important?

To begin with, industrialisation has the potential to generate skill-based employment opportunities, even in the areas where people do not have access to quality education. It also brings along education and training programmes for the growth of a particular region, while constantly encouraging advancement and innovation. Additionally, it also teaches better utilisation of resources in a limited time and cost.

The economic growth provided by this social change is by far the best reason why developing and developed countries make it a point to focus on increasing industries. Industrialisation has the power to completely transform an economy since the financial position of a country flourishes when more seeds of industrialisation are sown. Moreover, enhanced industrialisation also affects the living standards of people. And, the same is evident from the history and revolution of industries throughout the world.

Faisalabad – the Manchester of Pakistan – is going to witness a massive transition in terms of industrialisation through Allama Iqbal Industrial City. The aim behind the development of this city is to facilitate Chinese investment under the various initiatives of the China Pakistan Economic Corridor (CPEC). The project is said to be among the three most prominent projects in Pakistan to be completed on a priority basis. The two other projects are Rashkai Economic Zone and China Special Economic Zone Dhabeji.

The industrial city – host of cutting-edge facilities for foreign and local investors – is going to change the way people perceive industrialisation in the country.

According to expert economists of the country, the project is likely to boost the generation of employment opportunities, and it is evident from the fact that the PM expects Allama Iqbal Industrial City to create 300,000 jobs in its initial phase.

Spread approximately over 4,000 acres in Faisalabad, the industrial city will cater to the sectors mentioned below:

On a side note, you can keep track of the several upcoming and ongoing projects under the CPEC by navigating to our recently published blog. Now, let’s take a look at the location of Allama Iqbal Industrial City. 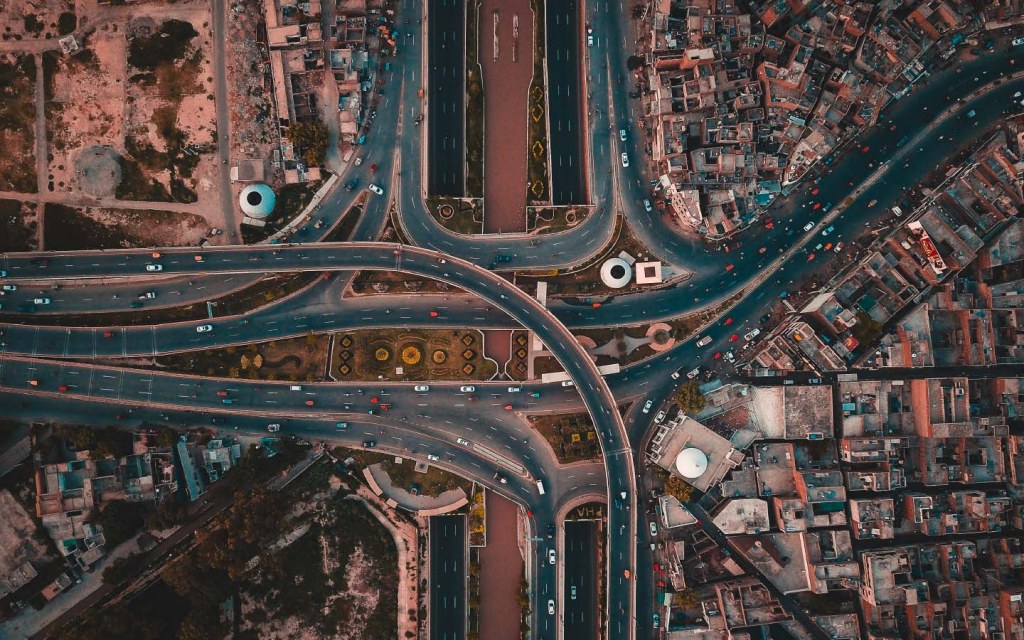 Needless to say that this recent state-of-the-art development in Punjab will prove to be a blessing for the people of nearby regions as well.

Here are some of the key features of Allama Iqbal Industrial City:

As for international interest in the project, the Chairman Faisalabad Industrial Estate Development and Management Company (FIEDMC) Kashia Asha briefed, “Six Chinese companies had already acquired land in AIIC”. He said that the development will be tangible once the zone has access to electricity.

Upon asking when the problems of power will be solved in AIIC, he explained, “Our goal is to provide electricity at the zone by February 2020. So, the interested investors can start construction of their units and complete development of the SEZ within a year.” He also further stated that the Federal Government has prioritised the provision of electricity and gas for the industries that have begun the construction process in AIIC, while the entrance gate, facing towards the main road and boundary wall will be completed within the first six months of 2020.

During the ground-breaking ceremony of AIIC, the Prime Minister of Pakistan addressed the crowd and explained the importance of the project by saying, “There are many industries that wish to relocate from China. We had yet to provide them with the environment for them to relocate to Pakistan. This special economic zone [Allama Iqbal Industrial City, Faisalabad] is that environment that China seeks”.

Referencing the Chinese Prime Minister’s statement on shifting Chinese industries to Pakistan, PM Khan said, “They [Chinese Government] will not only invest in Pakistan but transfer technology and increase our productivity.”

Here are some glimpses from the groundbreaking ceremony of Allama Iqbal Industrial City, Faisalabad:

We will keep you updated with the progress of this development in Punjab, so don’t forget to bookmark this page and visit it often. For more informative posts, subscribe to Evermark Blog by entering your email address in the box on the right side of your screen. Make sure to like our Facebook page.

What Color Should You Paint Your Room ?

Landscape Architecture Is More Important Than You Think

Advantages Of Natural Ventilation Systems In Homes And Buildings

Tips To Manage Structural Renovation In Your House

Uses Of Granite In House Construction

TYOES OF DOORS USED IN PAKISTAN

Tips to Integrate your modern house with nature.

All You Need To Know About Construction Materials Used in Pakistan

7 Essential Considerations When Building Your Own Home

Most Common Construction Styles for Houses in Pakistan

Fascinating Ways to Use Glass to Decorate Your Home

Wooden or Aluminium—Which Window is Best and Why?

How to Select an Architect to Design Your Home?

Common Home Renovation Mistakes and How to Avoid Them

How to Check the Quality of Cement before Construction

What is the Purpose of Plinth in Architecture?

How to Choose the Perfect Aquarium for Your Home

How to Manage Structural Renovation in Your House?

How to Decorate the Empty Space Above Your Bed

Factors to Consider when Renovating Your Kitchen

Experience Apartment Living in All Its Exclusivity at Pakistan Pride, Lahore

Reasons Why You Should Consider Investing in Apartments

A Short Comparison of Fly Ash Bricks and Clay Bricks

All You Need To Know About Industrial Construction